imagine your breathing if you were living there

Since this is the fourth piece from the Trashmageddon sequence this means that if you’ve read any of the previous posts, you are already familiar with the deadly effect of the rubbish on all animal species. It’s a scientific fact that the only thing that distinguishes the humankind from the rest of the animals is its intelligence. Therefore, it’s absolutely logical that we are influenced by this pollution at least as much as the other animals or maybe even more ?
Before reading more on how and why people suffer from the piles of rubbish that they generate you should read some waste statistics on how altered the environment has become due to the poor waste management, increased population and overconsumption of all types of goods that turn into trash after being used.

This consists of any discarded items which are solid, liquid or gas-like junk. Everyday objects like furniture, paints, scrap metal, electronics, domestic cleaning chemicals, builders waste like concrete, wood and much more are some of the things that definitely help us perish faster if not discarded professionally.

this is how solid waste is carried

The organic rubbish we all have at our homes is actually providing the perfect conditions for microorganisms to multiply because this garbage starts fermenting after a period of time and we can’t even realise that process has started. It contaminates the air in our homes and we inhale all the pathogens which might be the main reason for developing a chronic disease like a morning cough. In addition to this, this type of household waste attracts insects which are a source of many other viruses. Best way to deal with this is to use it as a fertilizer.
Substances like arsenic, chromium, and nickel that are emitted from the solid waste are considered as carcinogenic. This conclusion has been made after a series of studies on animals and people who’ve been exposed to large quantities of solid waste.
However, what was mentioned before is just a small part of what troubles those who are exposed permanently to the effects of the Trashmageddon. Such unlucky individuals have health issues far more life-threatening.

Studies made in the UK are showing data that proves the relation between birth defects, reproductive disorders and waste impact on both. A very commonly seen birth defect among babies born in highly polluted areas is reduced weight which is less than 2.5 kg. Mothers who’ve went through a spontaneous abortion had to deal with this unimaginable pain due to the post effects of living at a place highly affected by either air or water pollution.

This cute guy has no birth defects thankfully

After examining 21 separate European waste sites which contain mostly hazardous waste, scientists have concluded that there is a relation between the distance of the landfill and the inhabited area. The further away you are the lesser the impact on your health will be. However, that doesn’t guarantee that it will be of a different type from the one that tortures those who are hit harder by the Trashmageddon.

Most harmed appear to be the citizens living closer than 3 km from the rubbish site. The health issues they have according to the tests are malformations of the cardiac septa, troublesome arteries and veins with spoilt efficiency and capacity.

Humanity’s worst enemy,  which many of us never manage to overcome, is actually related to the global waste footprint. The hazardous refuse is the most menacing of all and countries, which have sites filled up with rubbish like this, have agreed to intentionally impose all the people living nearby to the possibility of suffering from cancer.

save your cells from the rubbish

Stomach, colon and rectal cancer are the typical disasters that sick individuals have to fight with if they want to survive. Unfortunately, that is something that someone hardly manages to do because cancer treatments cost a lot and countries with poor waste disposal politics cannot afford it to their citizens. An increase of 20% in the number of people who get lung cancer is identified in those living nearby landfills compared to those who inhabit cleaner areas.

Another cause for getting a cancer disease can be waste incinerators which produce tons of dioxin. This is also known as TCDD – a chemical that may also cause neurological damage, respiratory problems and can significantly disrupt your reproductive and thyroid systems.

Some  symptoms you need to pay attention to 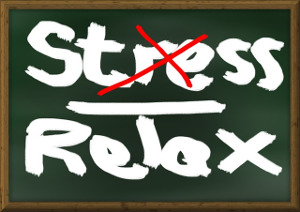 stress kills you, avoid it

You never really know that something bad has happened to you until you see any unusual symptoms. When it comes to impurity, though, the effects on your body resemble what is considered as ordinary complaints and if you don’t know that this is a bad sign your body gives to you, no actions to prevent it will be taken.
Some of the regular complaints of people exposed to filthness are respiratory symptoms, skin irritation, usually followed by the desire to scratch it, fatigue, headache, allergies and various psychological complications.
If you experience any of the unpleasant feelings above, do not panic because that will only increase your worries which will create the misconception of having more complaints than you actually do. Things like stress and fear might have negative impact on the conclusion of your overall health status. If you spot any unexpected changes in your physical or psychological state and have reasons to think it might have happened as a post-pollution effect, definitely contact your doctor or someone competent who will give you further advice.

The link between Respiratory problems and garbage

He knows how to save himself from respiratory problems

Even though this is something that might occur to anyone, there are groups of people who work or live in environment with levels of contamination several times higher than the ordinary. Their respiration process is complicated and cannot be compared to the one of an ordinary citizen.

Such unlucky guys are the domestic waste collectors who are heavily exposed to hazards which very often cause respiratory problems.
A very informative and extensive study in Malaysia gives us precious information on how the domestic rubbish can affect  a person’s breathing system. 191 males were examined for the research, all of them working as junk collectors, and the conclusion is quite impressive, yet a bit disturbing.

Their job is harder than it looks

Breath shortness is what is most common and is reported by 42.1% of the respondents. 36.8% of them complain of tightness in their chest. Disgusting phlegm comes out of the system every morning in 32.6% of the men who collect rubbish almost every day. Cough in the morning irritates only 20% of the interviewed which we thought is an issue that most of them have. Apparently, the rest of the harmful effects on their health are far more disturbing than the old school coughing.

Save yourselves from the rubbish disaster

run away, save yourselves

One thing that can certainly help you save your skin from the Trashmageddon is to leave any area where you feel threatened by either toxic emissions or hazards that may harm you. Most of those who suffer from diseases caused by adulteration are unfamiliar of the consequences of living nearby landfills or just don’t have the opportunity to leave their homes because there is no other place where they can live.
If you’re exposed to the deadly effect of any harmful substances, don’t make the same decisions. Your health is more precious than anything else and going to a new place where the environment is in better condition will preserve your positive health status on the long term.
Another convenient solution to forget about the dangers that your household rubbish provides is to get used to hiring rubbish removal service that pick any waste you can possibly have at your home. Most companies have professional staff that will never disappoint you. Try it for yourself and realise how the junk at your house can turn into your last concern.